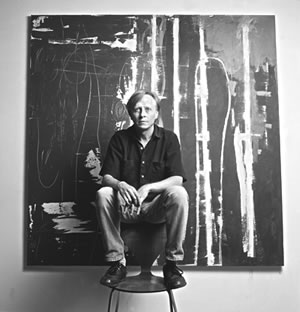 Dale Chisman received his MFA from the University of Colorado at Boulder, and received two artist-in-residence grants from the Colorado Council on the Arts and Humanities, an Adolph & Esther Gottlieb Foundation Grant, and the AFKEY Award from the Denver Art Museum.

From 1969 to 1984, Dale Chisman lived and worked in New York, and his important exhibits at that time included showings at The Brooklyn Museum, Martha Jackson Gallery, Bertha Schaefer Gallery, and The Once Gallery. In 1975 he received a MacDowell Colony Fellowship, and has been published in Art and Architecture, The New York Times and The Christian Science Monitor. His works are in many corporate and public collections including Chemical Bank, New York; Chase Manhattan Bank, New York; Captiva Collection, Denver; US West; American Can Corp., Greenwich, CT; The Kirkland Museum, Denver; University of Colorado Art Museum, Colorado Collection, Boulder; National Museum of American Art, Washington, D.C.; The Denver Art Museum; The Scottsdale Museum of Contemporary Art, Scottsdale, AZ.

From 1985 to 2008, Chisman resided in Denver, where he had shown at Cydney Payton Artfolio, The Robischon Gallery, Cydney Payton Gallery, Payton Rule, Pirate Gallery, and the Museum of Contemporary Art/Denver, Rule Gallery as well as many shows in Santa Fe and Aspen.

Chisman continued to create new work up until his death in August 2008. The remaining works of Dale Chisman are represented by The Robischon Gallery.